Not much activity on the site over the last week or so, but stuff has been happening. I can guarantee you that!

I’m adjusting to a new work schedule, and I’ve been trying to figure out the optimum way of doing things. There’s a project I’ll be working on for the next 3-6 months that needs to get finished, but writing also needs to get done. The project will take up a lot of hours, as will the writing. We’re looking at 70-80 hour weeks. I’m not complaining, but I’m trying to juggle it from a logistics standpoint.

So, with that said, I don’t know how much I’ll be posting of my regular writing accomplishments. Likely weekly or twice weekly, but not daily like I had been attempting to do. There just won’t be much to report some days, especially if I focus on this project one day and write the next, rather than try to do both on the same day. We’ll have to see, but I am still alive and active! Just not as active (Writing-wise) as I would like. But, bills have to get paid. And as long as the writing gets finished in the end, that’s all that matters!

With that said, I’ve noticed I have a plethora of drafts for stories (Anywhere from second drafts to fifth drafts), but nothing I’ve started in 2015 has been finished and submitted. I have another draft I’m working on now, but I might put it aside this week and focus on getting one or two of these other stories really finished. There’s also a story from last year I want to rework into something better. I rushed it to get it sent in somewhere and, as you would expect, it wound up getting rejected out of hand. Word of advice: if a story’s not ready, don’t rush it. Do everything you can to get it done, but hey. Sometimes it just needs more time.

I have a bad habit (Well, numerous bad habits, but specifically in this instance…) where I tend to focus solely on writing to the exclusion of anything else. Editing takes time, and even though that’s where the real story appears it sometimes feels like a waste of time. I feel pressured to get back to drafting and redrafting, and creating something new to start the process over. I also sacrifice time spent reading and learning new things in order to draft more. Writing more is always good, but without involving learning in the process I’m just spinning my wheels in the mud. I’m not getting anywhere.

I wrote a ton of flash fiction pieces back in 2011, when I had a good bit of spare time. Every other day I was cranking out a few drafts of a 1,000 word story then sending it off to somewhere. And rather than read someone else’s work or try to learn a new process or technique, I would dive on into the next story idea. And guess what? Stuff was getting rejected left and right. At the time I just assumed it was because it was good, but not good enough to get published.

No, actually, it was all crap. Half-finished ideas, second-draft rather than third-draft material, world-building exercises rather than full stories (Still guilty of that one from time to time). I was doing everything wrong, and not learning a thing from it.

Today my intent was to brainstorm ideas for an upcoming Black Library submissions deadline. I didn’t get any of that done. I spent my exercise time listening to a couple of Writing Excuses podcasts and came across a great video series on story structure by Dan Wells. He outlines a story structure he came across in a roleplaying game manual, something that works for any genre and really any medium (He uses both books and movies in his examples). The videos totaled up to just shy of an hour, but I spent nearly three hours going through it, taking notes, and basically absorbing everything I could from it. It was very illuminating, and I’d recommend it to anyone.

Suffice it to say, I didn’t get to work on my brainstorming, nor did I get to work on my own novel. But, I did learn a new method that I believe will help tremendously, with short stories and novels. So, a wasted day? I think not.

Today was a bit more productive than yesterday. Continued with my work on “False Seer” and managed to get about 3,400 words written. I’m midway through the story now, and hope to get the rest of it finished before the weekend is out.

I still need to get back to editing “Fire with Fire” and planning “Still Water.” But, like I wrote about yesterday, I think I will wait until “False Seer” is done. Fortunately “False Seer” takes place in the same universe as “Fire with Fire.” That means any work spent on one ultimately helps to build up the other. They take place in different areas of the same continent, but there are common ties to them.

Today was a wasted day, at least during the day. A lot of errands that needed to be run, in addition to one set of phone calls that ended up taking up way longer than it should have. But, when one deals with a bureaucracy one should expect that, right?

Anyway, I sat myself down after dinner and wrote for at least an hour or so. Still continuing with “False Seer.” I think I will try to get it written before I get back to editing “Fire with Fire.” Depends on how the next few days go.

The last couple of weeks have been strange for me. Up until a few months ago I was not actively writing on my blog, nor was I actively keeping up with my daily word counts. At the end of approximately 8 weeks of doing just that I felt like I was in a good rhythm and ready to keep going forward with it! Before March was over I had made my April schedule out, and was going to get more written than in the past two months combined!

Or, so I thought.

A couple of hours after getting the wonderful news about the acceptance of “Mechanicis Solis” by Fictionvale, my wife’s car broke down. It had been acting up, but I thought I had fixed the problem the weekend before. It was running great all day, so I decided to go pick her up from the office in her car. Big mistake. It waited until I was almost to her office to start giving me problems, and we were almost home when it finally gave out. Had it towed back to the house since – once again – I thought I could fix it. It hadn’t been acting this bad since I changed this one part out so obviously changing that part back should have fixed it, right? Well, you can see where this is going.

Then, to make matters worse, both of my day jobs exploded with more activity than I knew what to do with, and that has yet to let up. As such, no writing has actually been done at all this month to any great degree, though I have made some headway on planning for a few of the April 30 deadlines that I want to meet. Further, I’ve been reading through my recently acquired copy of David Farland’s Million Dollar Outlines and learning quite a bit. I’m about a third of the way through it, and plan to post up some of my notes from the book. I’m also considering taking one of his online courses later this summer, so if anyone has done so please let me know how it was! I’ve heard nothing but good things about them.

Anyway, I am going to cut down on some of my goals for the end of the month, but here are the ones I’m still committed to. If the good Lord is willing, it will be possible to pull off even with the extremely busy schedule I’ve been hit with:

I will be starting up the “Writing in Public” challenge again tomorrow. Not sure how productive the end of this month will be, but let’s do our best!

The second revision of “The Lone Blue Strand” is finished. A lot of the language has been tightened up, and the story has been condensed down to 3,950 words, much of it written from scratch or adapted from the first revision. There’s still a bit more to be done, but I’m confident I’ll have it finished and submitted tomorrow evening.

The second revision of “A New Face on an Old Place” is also coming along. I added another 1,910 words to the second revision. Tomorrow I plan to push through the rest of it and hopefully arrive at a cohesive plot that I can condense down. My goal is between 3,000 and 4,000 words.

I’ve also decided that I’m going to attempt a rewrite of “A Necessary Sacrifice” for this quarter’s Writers of the Future competition. I really want to submit “Sublease” to them, but I still don’t think my skills as a writer are quite up to what I want to pull off in that story. I’m hoping to get that one out for the June deadline.

“UnCivil Engineering” is finished!  It has also hereby been renamed “Zombielock.”  It came in at about 4,800 words.  Edited it down quite a bit and got some critical feedback on it.  It’s been fired off to Unidentified Funny Objects.  Hopefully we’ll get some good results for it.

Also finished my final edits on both “Alien Concept” and “Blue Pearls.”  Both have been sent off to Crossed Genres for their first-ever flash fiction themed issue.  They’re accepting up to three stories, so I’ll have to cook up another between now and the end of the month.  I don’t know that my flash fiction pieces are any good, but they’re a fun challenge.  Developing a full beginning, middle, and end is a tough thing to do in 1,000 words or less.

Ok, on to today’s numbers:

Yeah, it looks pretty bland in here at the writing board.  I’ve been restructuring this place forever, and still don’t have it the way I like it.  So, it’s probably going to stay bland for a little while longer.  At least until I can work something out with my wife to get some graphical goodness up here.  That’s more her thing than mine, just as writing is more my thing than hers.

Together, we’ll come up with something great!  …Or, at least, something that’s not too terrible.

I just received word from Jonathan and Michele over at the Daily Science Fiction that my most recent submission to their e-zine has been short-listed and is now pending final acceptability.  A final decision should be made in no longer than a month.  This is great news, indeed!  If found acceptable, this would be my first acceptance in a top-tier market that the SWFA recognizes.  The story itself is too short to count as a qualified sale in the eyes of the SWFA, but that will come in time, if the Lord is willing.

According to my listing of submissions on Duotrope, this will be the eleventh submission to the Daily Science Fiction, the first taking place in January 2012.  Of those eleven, it is the only one to make it to the second – and final – stage. So, even if this tale does not make the final cut, it is a big step in the right direction, and an inspiration for me while I work on other things.

All good things come in time.

Well, one of my entries garnered an honorable mention for the Warhammer “Death & Dishonour” contest the Black Library was holding, but neither story will be published.  This fame shall exist only in an online form!

Back to the writing board! 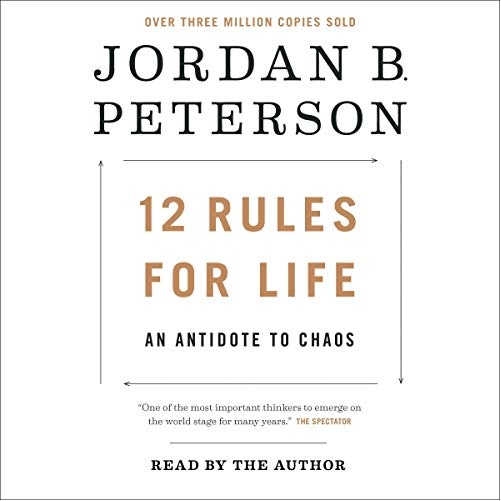