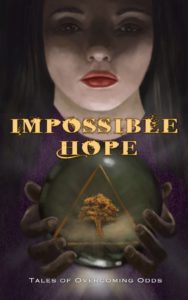 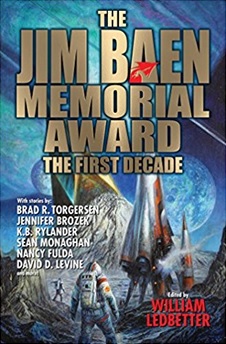 A few months ago I sent a flash fiction piece called “Second Thanksgiving” to Anassa Publications for their “Existence on Mars” anthology (Photo below taken from their site, done by MK).  It was basically a retelling of the First Thanksgiving where the Pilgrims and the American Indians met and found a way to coexist, at least for a time, but the native Martians are not what you expect…

Anyway, I just heard back today that they want the story to be rewritten, but that they will otherwise accept it.  This is an interesting challenge, as I’ve never been asked to rewrite something before.  Minor edits, yes, but major scene changes?  I’ve got to get to work on this, but it could be fun!

My science fiction short story “The Littlest of Sparrows” won itself a place in the 2013 “In Places Between” Contest hosted by the Imaginative Fiction Writers Association (IFWA).  There were more than a hundred submissions and, in the end, a total of eight winners.  The story ranked as one of the five Honorable Mentions, which is a great accomplishment for the tale.

Thank you very much, IFWA!